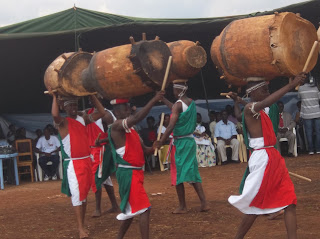 The pounding of drums thundered across the yard, as the traditional Burundian drummers leapt and spun in the air with boundless energy, their vivid red, white and green outfits fluttering in the breeze.

The audience clapped and cheered, caught up in the excitement and celebration of the event. Food and drink was served, and a great time was had by all. 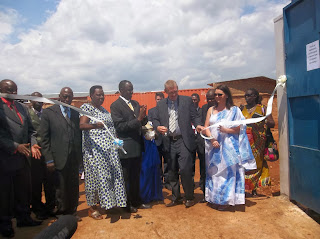 Earlier that day, , Cibitoke had been officially opened by Ted Bosveld from Villages of Life, . The ribbon stretched across the entrance had been cut, allowing honoured guests, parents, children and important officials to tour the new school. From the shiny new classrooms to the computer suite, it was amazing to see the new opportunities that , Cibitoke would bring to pupils from the local area. 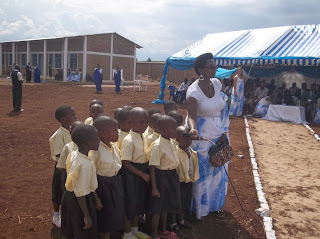 The children themselves performed speeches and songs that they had already learned in less than a month at school, which greatly impressed everyone watching.

The parents' representative gave a speech, expressing how happy the parents were that their children would get the opportunity to learn English and computer studies, subjects that are rarely offered in primary schools.

The ceremony was filmed, and later shown on Burundian National Television.
We are so thankful for everyone involved in the building of the school, and getting ready for the opening. It will be great to see follow how the children learn and grow over the next few years.
Why not come back and journey with us on this blog, as we try and share a snapshot of life here with Youth for Christ, Burundi.
Posted by Unknown at 16:34